As I move into my 28th year of life, I want to focus on saying “Yes!” to more opportunities that I would have normally turned down. But right now, I want to reflect on how learning to saying “No”, has brought so much positivity into my life.

Before I went on my trip to San Diego a year ago, I had a terrible anxiety attack. I felt like no matter how hard I tried, nothing was going right. I just couldn’t move forward with my life it felt like. I had zero energy to give to my clients, my marriage or my friends and family. I felt like a terrible person and realized that I needed to do something for myself to help get me back on track.

That’s where the idea of saying “No.” came into my mind. So often we say “Yes”, to things that bring no value into our lives but instead cause unnecessary stress. We take on tasks, projects and even people who do more harm to us than good because saying no is viewed as such a negative thing. In reality though, it doesn’t have to be.

Learning to say no was a daily exercise in self care for me, and I’ll readily admit that I wasn’t perfect by a long shot. But in doing so, I was able to decrease my stress, manage my anxiety and better nurture the bonds I had with friends, family and clients a like.

Yes, I’m guilty of having bitten off more than I could chew with work and in my personal life. Like so many of you, I want to help others, so when asked, my first instinct is to say “Yes!”

But by when I said yes to everything, I felt like I couldn’t get anything done. That lead to an onslaught of anxiety and stress for me. I kept hitting and having to push back deadlines and delivered work that I knew wasn’t my best. It was super embarrassing and frustrating for me, because I knew that I could do better. I wish I could say yes to everything and help everyone. But there’s simply not enough hours in the day to do so.

So when I started limiting the amount of work that I would take on, and saying “No,” to things that I knew I wasn’t a good fit for, I ended up with extra time to invest in my work.   This lowered the amount of stress I was feeling and I had a sense of pride in my work that I was turning over because it wasn’t being rushed any more. My clients were happy and I was happy.

No one likes a flaky friend whose always canceling plans last minute. But that’s exactly who I was in 2016. I didn’t want to hurt peoples feelings by turning down plans, so I pretty much said yes to every invitation I got. This left me feeling over whelmed and with not enough time in the day for anything. As a result, I ended up being that person who had to cancel things last minute, just to try to keep my life in order.

It was so hard learning how to turn down invitations, because it’s so important to be supportive of those in your circle (after all, they are the ones who will support you!). So, I started saying “Yes,” only to the invites I was 100% sure that I was interested in and could make. If I was unsure, I would be honest with that and let people know right away that there were no promises.  If I was invited to something that I had zero interest in, couldn’t make or that I knew right off the bat would make me uncomfortable, I would give a hard “No,” upfront. I was clear, and didn’t lead people on.

I respected other people’s time and also my own. Instead of doubling my anxiety when I had to tell someone last minute I wasn’t going to be able to make it, I was finding that I had a bit of extra time to catch up on work that might have been piling up, to hang out with a friend I hadn’t seen in a while or just to relax. By declining things I knew I wasn’t interested in or wouldn’t be able to attend, I ended up freeing more time for  my own self care and well being.

Both in my personal life and on social media, I have felt pressure to ‘add’ others to my life. I have always assumed that the more people I added to my circle, the more communal I was being. However, during this year of actively reflecting on what I say yes to, I’ve found that not be the case at all.

This isn’t to say that I didn’t network–far from it! Rather, instead of investing my time and energy into everyone who walked into my life, I focused on people who brought value and genuine happiness and fostered those relationships instead. Once I was able to invest quality time into my relationships, the love, support and genuine understanding and connection I received in return from others was nothing short of amazing. Many of the opportunities and the support system that I had this year could not have come about if I kept entertaining people that came into my life that weren’t a good fit for me (or I a good fit for them).

I Can Do Anything, But Not Everything

As an entrepreneur, a wife and a mom, I often feel like I have to do everything, because I know I can do anything. But can and should are two different things. Throughout this past year I’ve experienced the differences it makes when you edit the thing you say “Yes,” to and prioritize your well being by saying “No,” to things that bring you little to no value.

What are some things you’ll be saying “No,” to this year? I would love to hear your thoughts below! 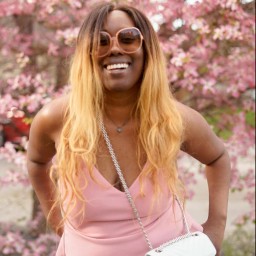